Metal pickling or chemical descaling is but one of several pretreatment steps available for preparing an article for further processing such as passivation or electropolishing, or to perform a superior cleaning operation of welded structures. Delstar Metal Finishing offers pickling and chemical descaling services for stainless steel and carbon steel. We have been performing carbon and stainless steel pickling for over 15 years.

Delstar has some of the largest pickling tanks in North America. We can pickle or passivate any part that can be transported to our facility. Our "out of tank" pickling and passivating capabilities are second to none found anywhere in the world! Our unique capabilities allow us to process extremely large parts that most other companies would not even consider. A recent example of our capabilities includes the pickling of 1200 pieces of 72-foot long piping. Delstar can design a process to fit your needs and your schedule.

Prior to pickling, the heavy surface soils such as oil, grease, buffing compounds, drawing compounds, some scale, heavy rust, dye and paint markings, tape, adhesive residue and other foreign substances must be removed. This step may be accomplished by the use of alkaline cleaners, solvent cleaning, vapor degreasing, ultrasonic cleaning, steam cleaning, water-jetting, or other mechanical cleaning. Pre-cleaning is not required if oxide or scale is the only soil on the surface.

Metal Pickling Before & After 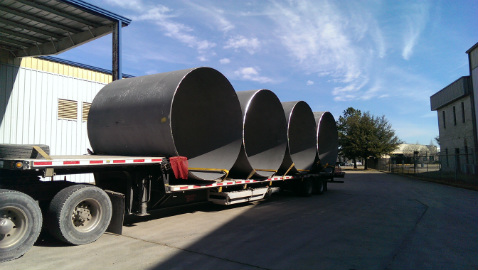 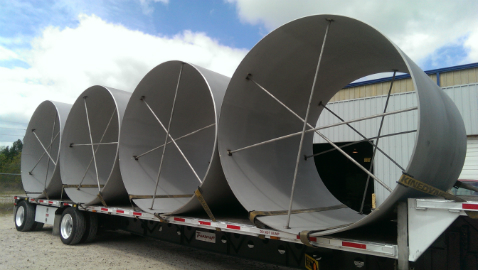 Pickling is typically performed to remove tightly adherent oxide films resulting from hot-forming, heat treating, welding and other high temperature operations. Welding or heat treatment often produce complex oxides that can vary in color. All these oxides are generally referred to as "scale" and must be removed. Where applicable, alternative mechanical methods such as blasting, shot peening, tumbling, and wheel abrading may also be performed. Abrasives containing iron should not be used. In many cases, pickling of stainless steels is performed in two steps, one for softening the scale and one for final scale removal. Over-pickling, under-pickling and pitting usually are the direct results of lack of control over process variables including acid concentrations, solution temperature and contact time.

Pickling Standards and Procedures in use at Delstar:

At Delstar, we most commonly perform the pickling process on all grades of stainless steel and carbon steel.

Contact us for your pickling or chemical descaling needs.